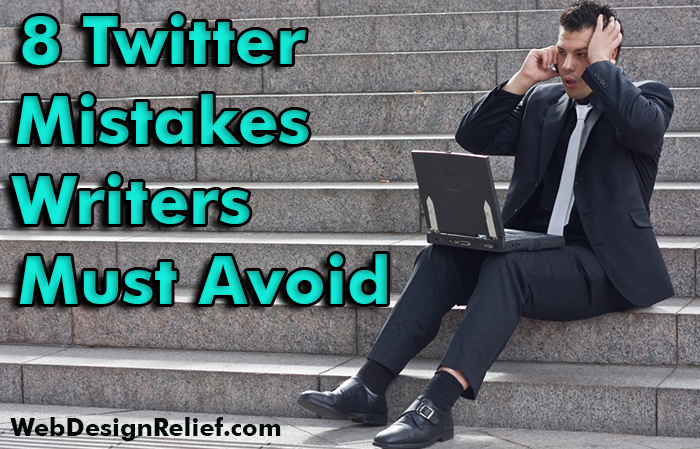 Twitter has quickly become one of the most effective social media networks for writers. Even literary giants such as Stephen King and Margaret Atwood use Twitter to interact with fellow writers, fans, and publishing industry insiders. But as easy as it is to positively connect with all your Twitter followers, it’s just as easy to send a major faux pas flying across thousands of Twitter feeds in an instant.

Here Are Eight Of The Biggest Mistakes Writers Commit On Twitter—And How To Avoid Them!

QUESTION: What other mistakes have you discovered that writers make on Twitter?

← Socially Acceptable Grandstanding: 7 Tips For Talking About Yourself On Social Media
Sounding Off: The Dos And Don’ts Of Recording And Adding Sound To Your Website →